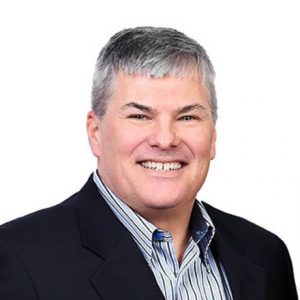 NORTH BAY: “Tireless, effective, professional and committed” were just a few of the accolades used to describe Nature and Outdoor Tourism Ontario (NOTO) Executive Director Laurie Marcil who was honoured last night as the co-winner of the prestigious TIAO Ontario Tourism Champion Award.

Presented by the Tourism Association Industry of Ontario (TIAO) in partnership with Attractions Ontario, The Culinary Tourism Alliance, Indigenous Tourism Ontario and Ontario Tourism Education Corporation, at the Ontario Tourism Summit in Ottawa, the award recognizes the outstanding contributions of those supporting the tourism sector, Marcil joined Kitchener’s Mark Bingeman, at the podium to accept the honors.

TIAO described 2020 as “a year fraught with innumerable operating obstacles, (during which) our exceptional tourism businesses rose to the challenge and continued to innovate and engage with partners and their communities, even when unable to open for regular business.”

Reflecting on the award selection process, TIAO stated, “A year that was so very different for the tourism industry calls for an award reflective of the times and an award that fairly recognizes the achievements of tourism businesses regardless of operating status.”

Marcil’s efforts were acknowledged to have made an enormous and positive difference for not only NOTO members and the resource-based tourism sector but the tourism industry as a whole. Meeting virtually with stakeholders from one end of the province to the other Marcil worked with federal, provincial and municipal governments, numerous tourism associations and individual operators to speak on behalf of industry for programs that would help sustain key local businesses through the pandemic.

“I am so deeply honored by both the recognition and the incredible support I’ve received during one of the most challenging times for our industry. We felt the call to act like we never have before and I am proud of the work we have done to support our industry through this. We are not done yet. This award really is the result of a total team effort and partnerships that we can all build on to assure the future of our tourism sector,” said Marcil.

She added that she hopes that the award will continue to raise the profile of tourism and the important role that the resource-based tourism sector plays in the provincial economy and in the many communities in which tourism generates jobs and prosperity.

Nature and Outdoor Tourism Ontario (NOTO) was founded in 1929 as an organized voice for the resource-based tourism industry in Northern Ontario. More than 90 years later, industry support and government relations remain NOTO’s focus for the sector which includes over 1,400 businesses.