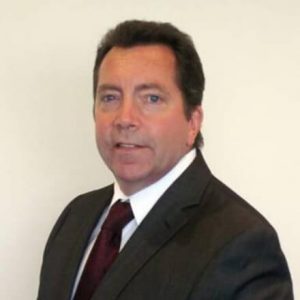 What goes around comes around.

Unless there is an unstable minority government (which is another blog all unto itself), election cycles come and go every four years at all levels of Canadian government: federal, provincial, and municipal.

In each cycle there is a period during which the elected government enters the “writ” as parliament, legislature or councils dissolve, the candidates campaign for votes, the ballots are counted, and members of government are elected or, as the case may be, unelected.

This democratic “renewal” of government is generally well understood, but, less known is that the election cycle is actually much longer and more complicated with periods of electoral staging leading up to the writ and then post election “engagement” or “reengagement” as elected officials assert their leadership role within government.

The civil service also follows the election cycle, ramping up, or slowing down, depending on each stage of the cycle. Although nuanced with each government, generally speaking there are four main phases that occur within a four year period of governance:

In the first phase, a newly elected or re-elected government selects its cabinet, the premier issues directives to his or her Ministers, and the senior bureaucracy conducts briefings on key issues, initiatives and programs.

In turn, the bureaucracy also responds to the elected government’s legislated mandates by shaping the regulations, policies and laws that enable the legislation.

In phase two, elected and civil service branches work at all levels to first enact and then administer legislation.

Phase three (usually 1.5 to two years into a government’s mandate) is an interim period during which emphasis may be put on completing initial mandates or the stage may be set for new goals and objectives.

The civil service also changes its footing to close the books on completed or stalled mandates and putting a hold on new or stalled programs until the election cycle is complete.

Understanding the four phase cycle and the myriad of things that happen within those cycles can often be a significant factor in the success (or failure) of government relations programs.

Engaging too early can leave your project or initiative at the “bottom of the inbox” as Ministers and their staff as well a senior bureaucrats engage in the complex rhythms of initiating government process and determining priorities.

Engaging too late, when funding has been deployed and/or programs are nearing the end of their mandate, also results in an unfortunate ending for many worthy ideas and projects.

However, recognizing – or having professional help in understanding – the rhythms and the processes at play can vastly increase chances of success. Good timing on promoting ideas that fit government mandates will help focus efforts, both yours and the government’s.

Patience is also a mandatory requirement.

As the old saying goes: “The wheels of government grind slowly, and, indeed, they do move … and the trick is to move with them.”

Photo: Election. Man throwing his vote into the ballot box by Marco Verch under Creative Commons 2.0
Back to news